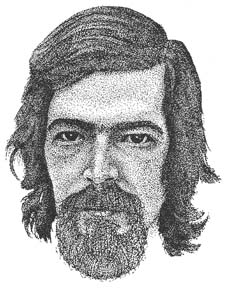 Self-portrait of an Artist in His Twenties (3 of 3)

This moment was a creative highlight, being featured for the successful completion of an engineering model I had built. I was excited but chose to appear serious. Still, I liked the look of this portrait and used it in 1981 for the creation on this piece, later published in Collected Poetry of Thomas A. Ekkens—Early Works.